A truly Portuguese tale of Casa dos Condes, dating back over 260 years ago, featuring the Portuguese royal family, bishops, priests, and our ancestors.

A wise man once said, we are not makers of history, we are made by History. We stand by that, and that is precisely why we are avid learners about our own story. As such, we're pleased to share with you a story that is so dear to us as it precisely shaped our Casa dos Condes in Alentejo as we know that. But like fictional stories, ours is filled with unexpected twists and turns -- except that they are real.

Before 1759, Casa dos Condes belonged to Companhia de Jesus and was a rest house for priests and other members of the church. When Marquês de Pombal expelled the jesuits from the country, the property fell into the hands of the Portuguese crown. It was later sold to a very wealthy, but repugnant bishop, who due to his misconduct was locked inside a convent in Setúbal and his belongings were seized from him.

Not too long after that, around 1834, as we well know by now, Liberalism was rising in Europe and Portugal was no exception. With religions being suspended and consequently all their goods passed to the Crown, Casa dos Condes once more was held by the Royal Family. The following years witnessed many of these properties sold privately, and that is where our ancestor António Lopes Ferreira dos Anjos comes in, whose initials can be seen inscribed in some windows of our house.

This gentleman, born in 1816, had very humble origins. The son of a farming man, he migrated to Lisbon with three of his brothers to work with his uncle and established himself in the neighbourhood of Anjos. It's said they were so poor that they did part of their trip to Lisbon barefoot so to not wear out the soles of the only pair of shoes they each had.

Working alongside his family, the brothers built a great fortune after many years of hard work. When António turned 18 years old, he founded his own firm named Anjos & Co. and played an important role in the industrial and economic movement in the following years, especially in trade business with Angola. Later in life, he devoted himself to agriculture, becoming one of Alentejo's main farmers at that time. It was precisely around that time that he purchased the house known today as Casa dos Condes.

The beautiful property was then passed down to Antonio's eldest daughter, Guilhermina, who married a noble and wealthy man, the Count of Valenças. When they passed away, their eldest daughter, Raquel, Countess of Nova Goa, became the owner. A century later, it is now in the hands of Rodrigo and Sofia, sixth generation to own the house and also founders of Eighteen 21. How's that for a story? 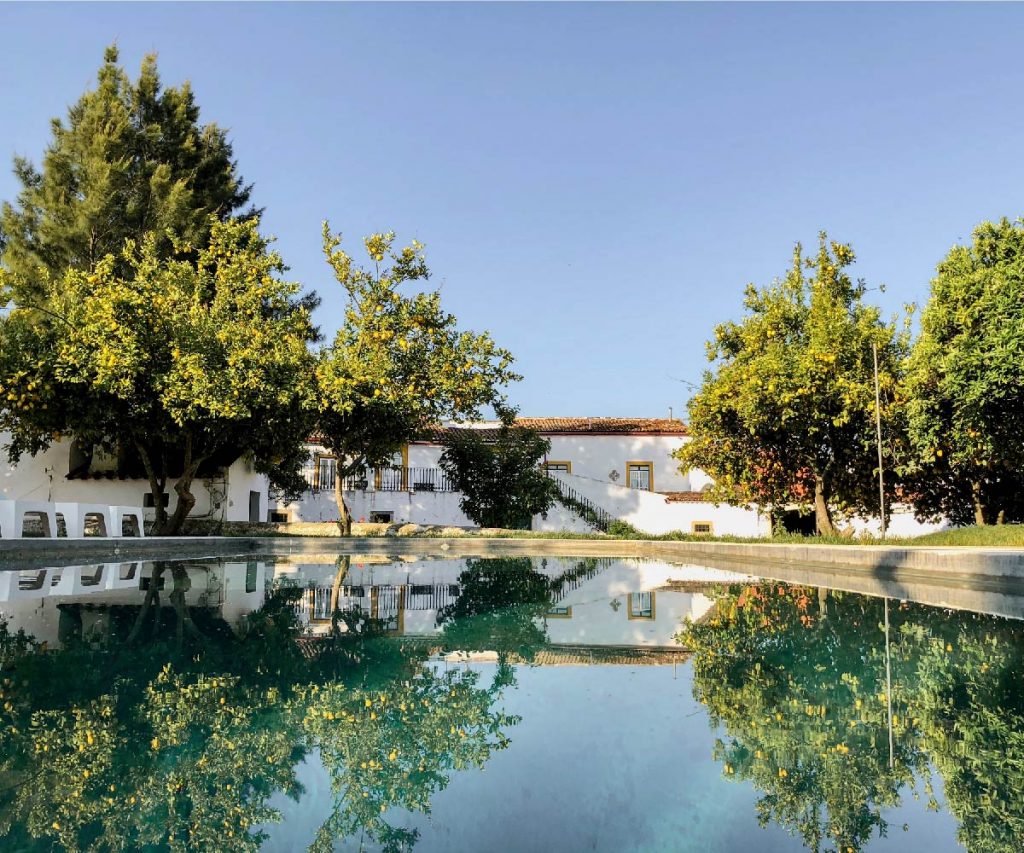 Located in sunny Alentejo, Casa dos Condes is a labyrinth of courtyards, rooms and living rooms that remind us of the blissful childhood years of venturing into a place filled with magic and secrets.